To Panty or Not to Panty 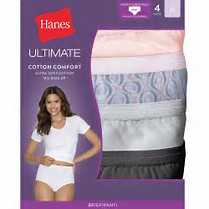 These are similar to the panties I gave Lion when I cleaned out my underwear drawer. They’re more comfortable for him. than the frilly hip huggers.

So far my selection for Lion’s daily underwear is random. Well, not entirely. I usually know what he has planned for the day before I select. If he’s going to the doctor or physical therapy I have him wear his regular underwear. If he’s home or it’s just a normal day at work I have him wear panties. I’m not comfortable with his being caught in panties. I don’t think he is either but I’m sure there’s a turn-on factor in his wearing them. No one can see them until maybe they can. Is it sort of a thrill knowing that he’s hiding a secret from his coworkers? That may explain the “Really? Okay.” I get from him when I tell him to wear regular underwear.

I didn’t set out to have him in panties every day. I didn’t think he’d want to. I thought it was going to be a special thing for when I wanted him to be pretty. Maybe he’s telling me I’m wrong. The other day I had him in panties and, as he was doing something in the kitchen, he asked what was different about him. He’s been very excited about reaching for things with his “bad” shoulder. His range of motion has gotten better and he’s proud to show off what he can do. But he wasn’t reaching for anything. I didn’t see anything different about him. He said that was the problem. Huh?

He was referring to the panties. He said if I don’t mention the panties it’s like he isn’t wearing them. I can buy that. But do I have to mention it every time I see him in panties? Since he’s naked in the house (except when I tell him to wear panties or diapers) I’d always be mentioning the panties. I don’t think that would make them special anymore. For the record, there was nothing different about Lion in the example above because he was wearing the panties I told him to wear that morning. Had he not had them on, then there would have been something different. And, I might add, a sore butt in his future.

I do, however, recognize his need for the dramatic. From that point forward I have asked him how his lacy (frilly, sexy, pantied, etc.) butt is when we email back and forth. He’s sent me pictures of his pantied butt to prove he is in compliance with my wishes. I usually leave the house before he does so I don’t necessarily see what he’s wearing. When I walk past him in the kitchen or bathroom I rub his balls or buns and tell him how lacy (frilly, sexy, etc.) they are.

I get it. He needs to know I haven’t forgotten. But I still don’t think I want him in panties every day. I think it’s more powerful to tell him each day what my decision is. Will he be pretty or handsome? I’ll decide.

2 comments on “To Panty or Not to Panty”